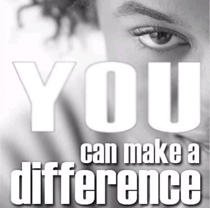 French local and regional representatives to their future president: Do not forget the Millennium Development Goals!

The official development assistance, the financing of basic social services or the debt reduction of the poorest countries: these are some of the key issues that the French local and regional representatives addressed in a declaration to their presidential hopefuls, in Paris, on 28 March 2007.
The declaration was adopted in the context of the French local and regional governments' awareness day dedicated to the Millennium Development Goals, at the initiative of the Council of European Municipalities and Regions, together with its French Association (AFCCRE), in partnership with United Cities France.
In the declaration, they recall the March 2002 commitment by French President Jacques Chirac to increase the official development assistance quota to 0,7% of the France's Gross National Income by 2014.
Within the overall framework of the official development assistance, French local and regional representatives call on their next President to devote at least 20% of this assistance to the financing of basic social services (education, health, water supply and sanitation). This threshold was established by donor countries at the world summit for social development, in Copenhagen in 1995.
Participants included representatives from the French local and regional governments; Pierre Schapira, Member of the European Parliament; Olivier Bertrand, AFCCRE Secretary General; Jeremy Smith, CEMR Secretary General; as well as representatives from United Cities and Local Governments, the world, the world local government organisation (UCLG).
The full text of the declaration is available in French.
* The UN's Millennium Development Goals consist of a list of global anti poverty targets. These targets were adopted by world leaders at the UN Millennium summit in September 2000; they include halving extreme poverty and hunger, achieving universal primary education, reducing infant mortality rate, reversing the spreads of diseases such as AIDS and malaria, ensuring environmental sustainability.
Local governments and the MDGs (site web des Nations Unies)